The 9 Most Dangerous Apps for Kids

Whisper – This app allows you to post secrets anonymously and also allows you to chat with other users in your geographic area.
Why It’s Dangerous: Many children are drawn to communicating with strangers, feeling that their secrets are safer with them than with their friends. This app is a perfect tool for ill-intentioned strangers looking to connect with young people because it allows you to exchange messages with people nearest to you (so anonymity can be easily lost).

YikYak – All Yik Yak users are anonymous. They don’t create a profile or account, but they can post comments that are accessible to the nearest 500 people (within a 1-5 mile radius). A psychiatrist called this the most dangerous app he’d ever seen because it “can turn a school into a virtual chat room where everyone can post his or her comments, anonymously. Untruthful, mean, character-assassinating short messages are immediately seen by all users in a specific geographic area.”

Why It’s Dangerous: This app is causing problems in schools across the United States, with students maliciously slandering teacher, staff, and other students. In fact, several schools have now banned smart phones from campus because of this particular app.

Kik – A free app-based alternative texting service that allows texts/pictures to be sent without being logged in the phone history. (Similar apps: Viber, WhatsApp, TextNow)
Why It’s Dangerous – Makes it easier for your child to talk to strangers without your knowledge since it bypasses the wireless providers’ short message services (SMS). Children also think they can “sext” without parents finding out. In addition, strangers can send your child a “friend request.”

Snapchat – Allows you to capture an image or video and make it available to a recipient for a specific time. After that time limit is up, the picture/video automatically disappears forever…or so Snapchat claims. (Similar apps: Poke, Wire, and Wickr)

Why It’s Dangerous – Kids can receive (or send) sexually inappropriate photos. This app also makes kids feel like they can “sext” or send inappropriate pictures without consequences because the image will self-destruct automatically. The truth is that nothing sent over the internet disappears. There are always ways to retrieve and capture those images.

ChatRoulette and Omegle– These apps allow you to video chat with strangers.

Why It’s Dangerous – Not only are users chatting with strangers, they could be chatting with a fake stranger. “Chat sites like Chatroulette and Omegle have done their best to produce systems that warns users when the people they are chatting to are potentially using fake webcam software, however developers still manage to slip under their radars with frequent updates.” So a fifty-year-old man could set up a fake webcam and use images from a 15-year-old boy that looks like a teen celebrity to convince your child to send inappropriate pictures or get information about your child’s location.

Tinder – Users post pictures and scroll through the images of other users. When they think someone is attractive they can “flag” the image. If that person has also “flagged” them in return, the app allows you to contact them.
Why It’s Dangerous – This app, and similar apps such as Down, Skout, Pure, and Blendr, are primarily used for hooking up.
Poof – Hides other apps on your phone. You select which apps you would like to hide and their icons will no longer show up on your smartphone screen.

Why It’s Dangerous – If children have apps that they want to keep hidden from their parents, all they have to do is download this app and “poof,” their screen is clear of any questionable apps. So, if you see the poof app on their phone, you may want to ask them what they are hiding.

Parents: Remember, your child’s safety is more important than their privacy. As a parent, you aren’t being nosy by checking their cell phone on a regular basis; you are being responsible. Perhaps your family could establish family media rules, such as having to check with a parent before downloading a new app or game. Having a common charging area so you can easily check phones could also be a good system for your family. Also, take the time to explain to them (at an age-appropriate level) why you are asking them questions and checking their phone and privacy settings. Many children do not realize just how much information they are putting out there and how dangerous it can be.

If you have an older teen, and find some questionable apps on their phone, it may be a good opportunity for a discussion. Here are a few conversation starter ideas:

Conversation starter for SnapChat: Why do you want to send pictures that disappear? Would you be okay with anyone seeing that pic?

Conversation starter for Whisper: Why would you tell your secrets to strangers? If you are struggling with something, will a stranger care or be able to help you? Do you think it would be safe to accept their help/friendship?

Conversation starter for any app: Are you being safe with that app? Are you encouraging others or tearing them down? Are you being bullied? Are you putting out too much information about yourself?

Internet safety is just like any other kind of safety. You don’t just teach your child how to cross the street one time; you repeat “look both ways” to them for years! Similarly, we need to talk continually about internet/app safety. How much information should you share? With whom should you communicate? What should you post?

A wonderful tool to help guide you in the internet training process is available at Netsmartz.org.They have many resources for internet safety available, including resources for different ages. And it’s all available for free! 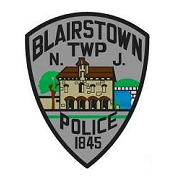